As we begin our study of the book of Daniel, check out our study notes as you follow along! 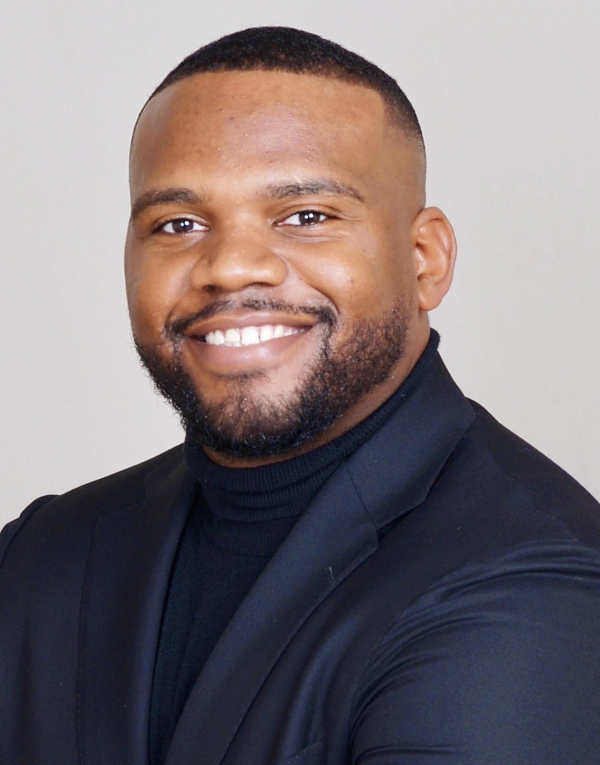 Pastor Corey has served as the Lead Pastor of the Mount Sinai Church since October, 2019. He is married to his best friend, Morgan Johnson. Pastor Corey's passion is to provide new perspectives on old ideas. He believes that disciples are called to live an other-centered, justice-oriented life of radical love, just as Jesus Christ did.

1 In the third year of the reign of Jehoiakim king of Judah, Nebuchadnezzar king of Babylon came to Jerusalem and besieged it.

2 And the Lord delivered Jehoiakim king of Judah into his hand, along with some of the articles from the temple of God. These he carried off to the temple of his god in Babylonia

Daniel is a book of prophecy.

The Goal of Prophecy

: an inspired utterance of a prophet

: the inspired declaration of divine will and purpose

: a prediction of something to come

‍1. Future Telling- God reveals through an inspired prophet, that which will happen. God knows the end from the beginning, and will make his knowledge known to man, through his mouth-pieces.

“Daniel is a historicist, prophetic book, that spans the past, present and future”

Prophetic ministry is more than God simply declaring the future. It is also God revealing His truth, His purpose and His will.

God has a right to declare when something is WRONG.

Example: Moses was God’s mouth-piece when he said to Pharaoh “Let my people go!”

If you are a prophetic church, you must declare when something is wrong and give a solution!

We discover BOTH future-telling and truth-telling in the book of Daniel, and particularly in Daniel 1:1, 2.

Jehoiakim is the current King of Judah and in his reign, they are invaded by King Nebuchadnezzar and the nation of Babylon.

Key Point: The text suggests that the Lord allowed this to happen. The question we must ask is “why”?

In order to understand why the Israelites are taken into captivity, we need to hear from god’s prophet, Jeremiah.

The prophet Jeremiah prophesied to Judah, and made them aware of their evil, and warned them that God was not pleased.

These texts below help us understand God's displeasure with Judah.‍

7 The word that came to Jeremiah from the LORD:

2 “Stand in the gate of the LORD’s house, and proclaim there this word, and say, Hear the word of the LORD, all you men of Judah who enter these gates to worship the LORD.

3 Thus says the LORD of hosts, the God of Israel: Amend your ways and your deeds, and I will let you dwell in this place.

6 if you do not oppress the sojourner, the fatherless, or the widow, or shed innocent blood in this place, and if you do not go after other gods to your own harm,

7 then I will let you dwell in this place, in the land that I gave of old to your fathers forever.

8 “Behold, you trust in deceptive words to no avail.

9 Will you steal, murder, commit adultery, swear falsely, make offerings to Baal, and go after other gods that you have not known,

10 and then come and stand before me in this house, which is called by my name, and say, ‘We are delivered!’—only to go on doing all these abominations?

11 Has this house, which is called by my name, become a den of robbers in your eyes? Behold, I myself have seen it, declares the LORD.

12 Go now to my place that was in Shiloh, where I made my name dwell at first, and see what I did to it because of the evil of my people Israel.

13 And now, because you have done all these things, declares the LORD, and when I spoke to you persistently you did not listen, and when I called you, you did not answer,

14 therefore I will do to the house that is called by my name, and in which you trust, and to the place that I gave to you and to your fathers, as I did to Shiloh.

15 And I will cast you out of my sight, das I cast out all your kinsmen, all the offspring of Ephraim.

16 “So do not pray for this people nor offer any plea or petition for them; do not plead with me, for I will not listen to you. 17Do you not see what they are doing in the towns of Judah and in the streets of Jerusalem? 18 The children gather wood, the fathers light the fire, and the women knead the dough and make cakes to offer to the Queen of Heaven. They pour out drink offerings to other gods to arouse my anger. 19 But am I the one they are provoking? declares the Lord. Are they not rather harming themselves, to their own shame?

13 “Woe to him who builds his house by unrighteousness,

and his upper rooms by injustice,

who makes his neighbor serve him for nothing

and does not give him his wages,

14 who says, ‘I will build myself a great house

who cuts out windows for it,

paneling it with cedar

and painting it with vermilion.

15  Do you think you are a king because you compete in cedar? Did not your father eat and drink and do justice and righteousness?

Then it was well with him.

16  He judged the cause of the poor and needy; then it was well.

Is not this to know me? declares the Lord.

17  But you have eyes and heart only for your dishonest gain, for shedding innocent blood, and for practicing oppression and violence.

19  With the burial of a donkey he shall be buried, dragged and dumped beyond the gates of Jerusalem.”

I. The people had a false sense of security in their temple building. They began to idolize their temple. They believed they could find sanctuary in God’s house after their gross actions towards others all week.

"This verse summarizes the ‘temple theology’ of the false prophets. Not merely had God promised an everlasting dynasty to David (2 Sam. 7:12f.) but he had also chosen Zion as his earthly abode (cf. Ps. 132:13f.). Therefore if God was to be true to himself, no possible harm could overtake his dwelling-place or any who sheltered in it. The false prophets fully believed that, in an emergency, God would intervene directly to save Zion, his sacred mount. For them, therefore, temple worship was little better than a charm for averting evil, and they had beguiled the people into trusting in material buildings, forgetful that God required living persons as his temple (cf. Isa. 57:15; 61:1f.; 1 Cor. 3:16f.).

Before the people can legitimately claim covenant benefits, a thoroughgoing reformation will be necessary. Social injustices must be remedied immediately, and the list given indicates the more important seventh-century offences. The profoundly humanitarian concerns of the Mosaic legislation had long been ignored by Israelite society (cf. Deut. 14:29; 24:19–21, etc.). The innocent blood might refer to such judicial murders as that perpetrated by Jehoiakim (26:23). But the basis of all the corruption was idolatry, with its attendant false values."

-They worshipped out of superstition, not love.

-Our faith is in Jesus, not religious practices

II. They engaged in gross Idolatry

-The worship of something that is not God, as if it were God.

Vulnerable people are at the center of God’s heart, and prophetic ministry speaks directly to power structures that mistreat and harm innocent and vulnerable communities.

Key Point: Because they failed to repent, the Lord permitted them to be overtaken into Babylonian captivity.

Hide yourself in God, so when a man wants to find you he will have to go there first.

No items found.
VIEW ALL NEWS